Many people would surely oppose this one saying why can’t you suggest him Apple, i.e, Apple MacBook Pro 13! Well , it is a UNIX-based operating system , I agree for that and thus we can access terminals and that’s good. But there are some things which a Microsoft Surface Pro 4 can, but an Apple MacBook Pro 13 can’t. We can have a look at them.

The price is somewhat similar! So nothing to say on it.

Surface Pro have an upper edge when comes to the design. MacBook pro ‘s design looks traditional where as its a hybrid design for Surface Pro. Also tablet accessibility of Surface pro should be considered. Though Surface Pro lacks the thunderbolt connectors, it does have USB 3.0 which would get you a 10GB/s throughput on devices.

Though MacBook Pro uses an UNIX based OS and for Surface Pro , its a traditional one, certain things have made me feel Surface Pro is better. And some of them includes:
1. Three Screens can be plugged into Surface Pro 4 , which is good from a programmer’s point of view.
2. For the same price range, SSDs are larger than MacBook Pro.
3. Off course,the IDE, Surface Pro uses the Visual Studio IDE which supports the GDB , helping the Linux programmers. Visual Studio also supports integration with GIT.
4. Windows can run Ubuntu binaries in Windows 10 natively.
5. Surface Pro uses NTFS File system where as MacBook Pro’s HFS+ is horrible and slow.
6. Language Ecosystem for Surface Pro is most diverse when compared to XCode of MacBook Pro.
[ Apple XCode supports only C,C++, AppleScript, Java, Swift, Ruby, Rez and Objective-C. Whereas Microsoft Visual Studio supports C++, CSS, HTML, PHP, JavaScript, PHP, GO, Python, C#, F#, TypeScript, Objective-C and Java ]
7. AirParrot allows you to stream to Apple TV through Surface Pro, which provides similar features of AirPlay in a MacBook.
8. For developers, Microsoft have more open source projects and those should be considered as a programmer.

9. Linux VM can be accessed free by using HyperV which comes free with Windows 10 (No need of paying for Parallels Desktop or VMWare Fusion).
10. Keyboard can be detached from the screen.

2736 x 1824 resolution, 12.3 inch PixelTouch Display, 267 ppi
Surface Pro have a larger resolution with a more advanced PixelTouch display despite having a smaller screen.

So have some nice programming days with a Microsoft Surface Pro!
Shout your comments below! 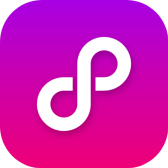 More from this Author

Thank you for subscribing.

we respect your privacy and take protecting it seriously

Please Turn Off Your Adblocker & Refresh the Page!